Lots of people love eating bean curd custard or 豆腐花 (doufuhua) but many (including me) eat it sparingly because of the use of calcium sulphate in making the dessert. However, there is a natural curdling agent that can be used. It is known as GDL (glucono delta-lactone） or 葡萄酸。 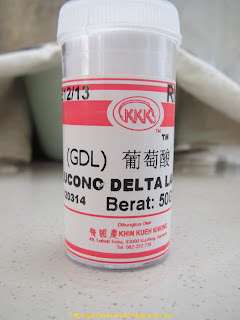 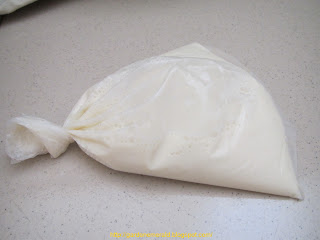 
Boil the soya bean milk (stirring continuously) to boiling point. Meanwhile, mix the cornflour, GDL and water and then add to the boiling soya bean milk. Mix well and then turn off the heat. Pour carefully into a large covered container. Place a piece of cloth over the container and cover it. Leave it UNDISTURBED for at least 30 minutes. 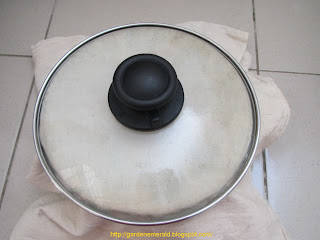 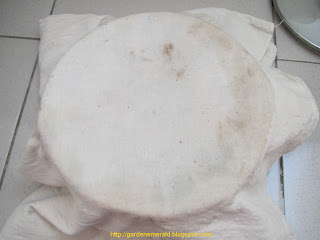 After 30 minutes, remove the cover and the cloth (the cloth was to catch the condensation). 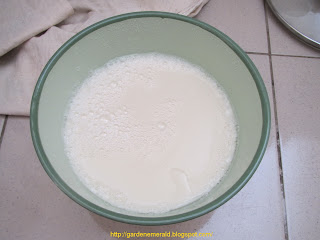 To make the sugar syrup, just boil at low heat some sugar with a slice of ginger and a couple of pandan leaves (if available) until it turned syrupy. Add sugar or water as required to make it syrupy.

The 豆腐花 (doufuhua) with the flavoured sugar syrup ...  all ready for eating. 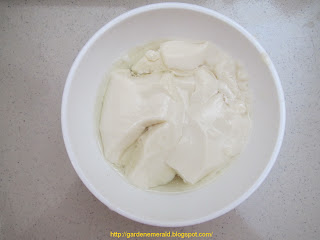