I have always wanted to plant gingers but the lack of space when in Singapore or even in PJ meant that I was not able to accommodate these huge plants. In Kuching, I can!

I have planted a few plants of the ginger family, including the edible ginger (Zingiber officinale), turmeric (Curcuma longa) and a number of ornamental gingers. Due to the potential size of the red torch ginger(Etlingera elatior), it is at back of the garden. This plant is now some 3 meters tall and occupies the southeast corner of the garden in the shade of the giant bamboos that belong to the neighbours. 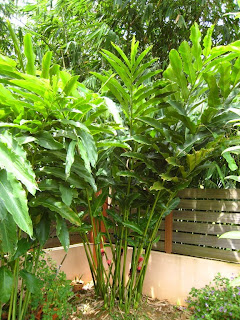 About one year after first planting the offset (again, from Tiong Hoo's garden in Miri), it started to bloom and since then has been fairly prolific in producing these spectacular visual delights. 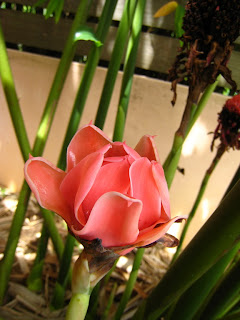 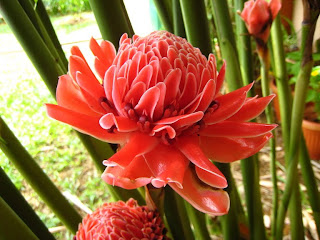 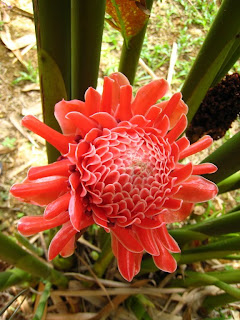