After the Mid-Autumn festival (中秋節) celebration dinner the night before, all of us went into the garden to see the lanterns as well as the fireworks that were being set off by the neighbours. We also wanted to send off some Chinese flying lanterns or 孔明燈  (kongmingdeng).
The Chinese flying lanterns - 孔明燈  (kongmingdeng) - are miniature hot air balloons with their own fuel. The lanterns are of paper with a holder for the fuel. Candles were used in the past but now, blocks of flammable wax are the main sources of the fuel. 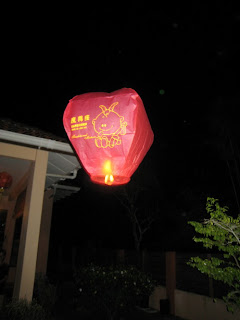 It was said to have been invented by Zhuge Liang (诸葛亮) (181-234 A.D.) and who was the Chancellor of Shu Han during the Three Kingdoms period of China. The flying lantern was also named after him - he was also known as 孔明 (Kong Ming). Zhuge Liang was already famous as a military strategist but only after  Luo Guanzhong (罗贯中) published his famous classic, Romance of Three Kingdoms (三国演义) in the 14th century, did  he became a god-like hero to the Chinese readers.
According to history, Zhuge Liang (诸葛亮) floated thousands of these Chinese flying lantern (孔明燈 - kongmingdeng) across the army camps of enemy kingdoms to frighten and confuse their soldiers before launching his armies against them.
Today, we use these Chinese flying lantern (孔明燈 - kongmingdeng) for a more leisurely pursuit - FUN!  It is also popular with the Chinese to write their wishes on the lanterns and then sending their wishes up to heaven. 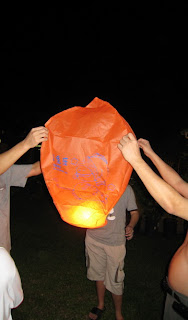 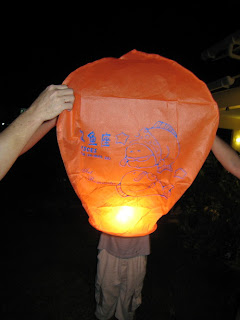 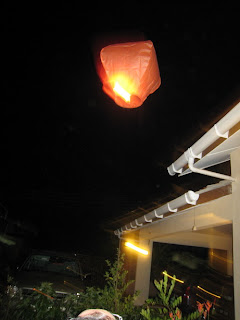 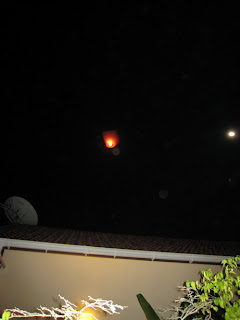 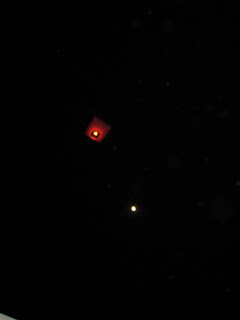 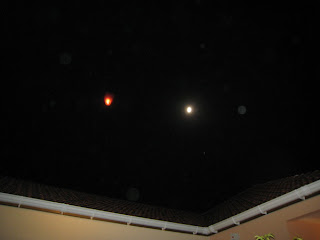 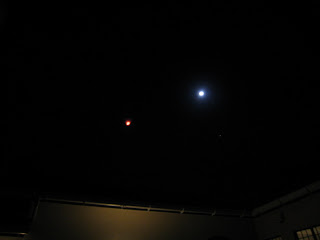 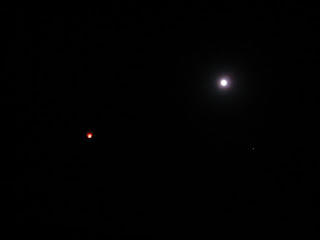 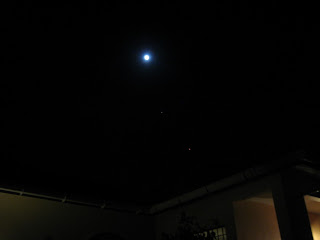