壽山亭 (Shou Shan Ting), more popularly known as  大伯公廟 (Da Bo Gong Temple), is the oldest temple in Kuching and is the Temple of the God of Prosperity. 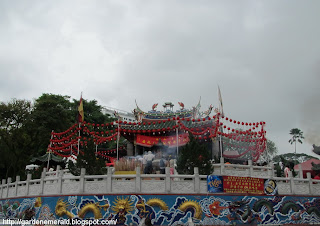 It is believed to have been built in 1843, while the official records only recognize its existence in 1876. All these years, as they say,  the temple has been 香火不斷 (xianghuobuduan) - meaning that it has been the centre of worship for many Chinese in Kuching since it's establishment. Despite it's age, the temple is well maintained. Record showed that there were renovations to the temple dating back to 1856 though the land title was only granted by the second Sarawak Rajah, Sir Charles Brooke, on the 29th of August 1871. 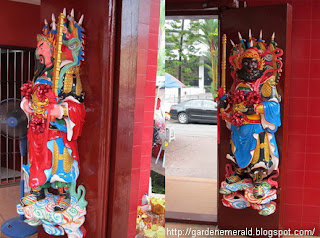 The Kuching Chinese Community Charitable Trust Board is entrusted with the care of the temple and, every six months, a new committee will be "elected" to handle the day-to-days affairs of the temple, organising fund raising campaigns and  temple celebrations.
Today﹐ 二月初二 (second day of the second moon) is the Birthday Celebrations of 大伯公 and huge crowds of worshipers throng the temple with incense and various offerings. 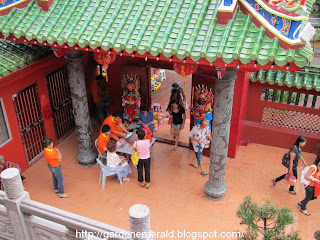 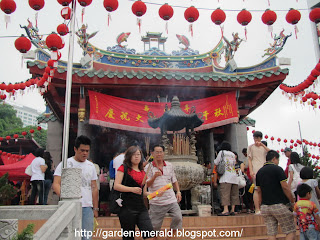 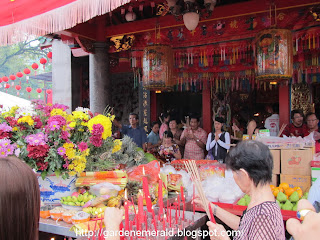 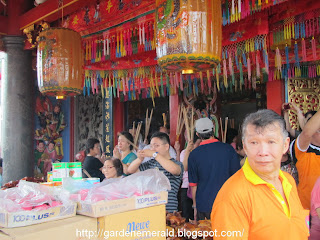 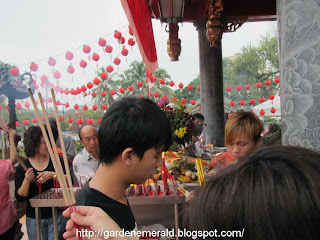 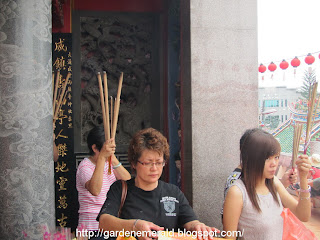 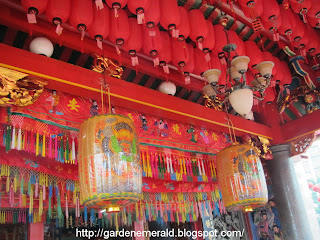 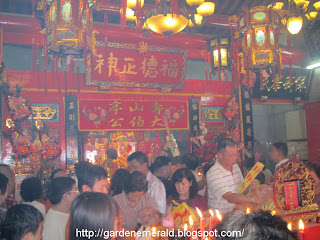 The offerings brought by the worshipers .... 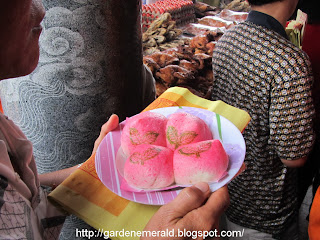 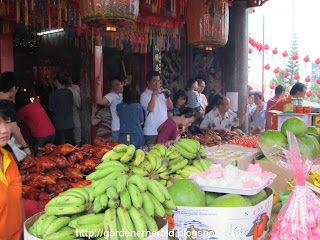 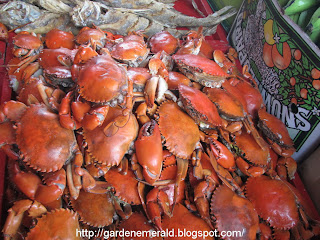 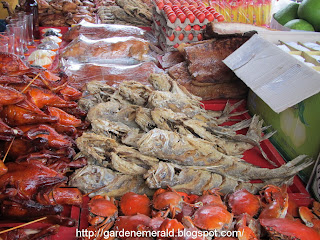 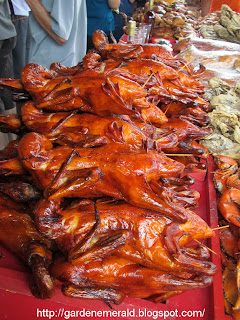 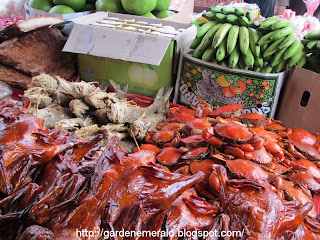 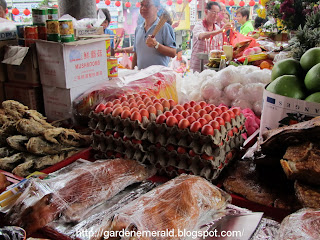 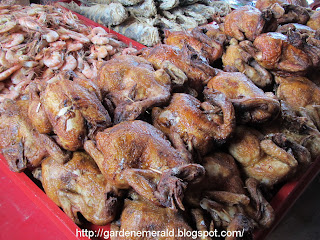 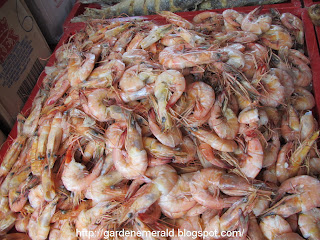 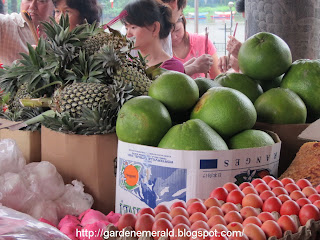 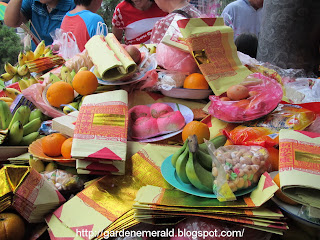 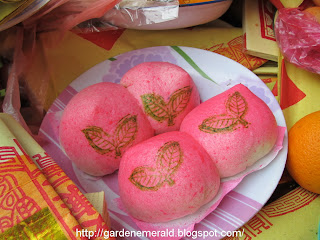 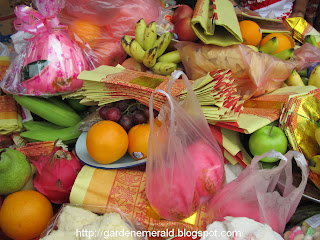 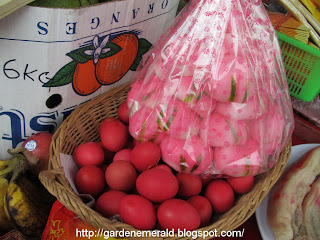 To be continued.
Posted by My Garden at 9:53 PM