Last week, we harvested the bananas from one of our banana plant growing at the back of our garden and it was a huge bunch, too! It took the two of us to carry it to the kitchen patio where we "dismembered " it :-) Before that, we laid out some old newspaper on the floor to soak up the sap flowing from the cut bunches. The smaller individual bunches were then laid out on newspaper on one of our tables to let the sap run dry.
There were a total of 108 bananas .... 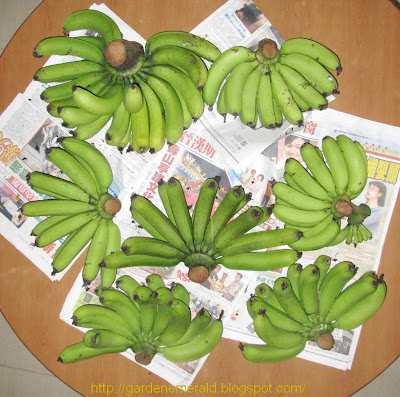 This was one of the larger bunch with 25 large bananas. 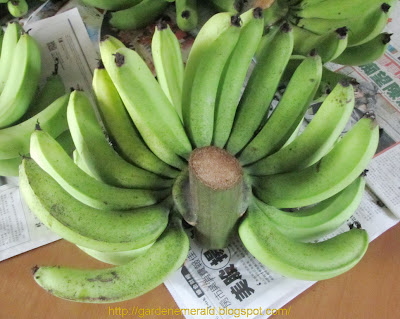 There was no way we could have finished them fast enough before they became over-ripe. So we distributed them to the guys in the shops and to my sister-in-law but there still remained quite a lot ....so they got turned into 10 loaves of yummy banana bread! 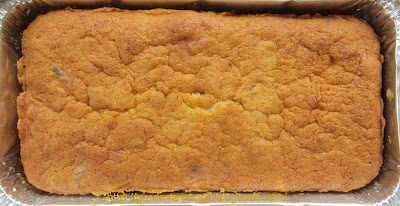 At least we can freeze them!!
Posted by My Garden at 4:51 PM